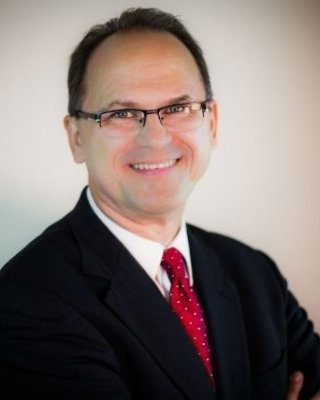 Robert Sikorski, M.D., Ph.D., is an experienced drug developer who currently serves as the Managing Director of Woodside Way Ventures, a firm that advances the clinical development of novel, lifesaving technologies.

Prior to his current role, Dr. Sikorski served as the Chief Medical Officer of FivePrime Therapeutics, a public biotechnology company that was acquired by Amgen. He led the development of FivePrime’s biologics pipeline that spanned preclinical discovery through proof of concept to pivotal registration trials. During his tenure at the company, FivePrime grew from a market cap of $150 MM to $1.5 B.

Previously, Dr. Sikorski led an early-stage clinical development group at Medimmune and then AstraZeneca that advanced six novel molecules into clinical trials. He played a leading role in building Medimmune’s oncology portfolio through partnering and acquisition efforts. Before joining Medimmune, he led late-stage clinical development and post marketing efforts for several commercial drugs and drug candidates at Amgen. His leadership in the development of Vectibix resulted in the drug’s global approval with a first-in-class companion diagnostic based on tumor genotype.

Dr. Sikorski began his career as a Howard Hughes Research Fellow and Visiting Scientist at the National Cancer Institute and the National Human Genome Research Institute in the laboratory of Nobel Laureate Harold Varmus. Dr. Sikorski received a combined M.D. and Ph.D. from The Johns Hopkins University School of Medicine through a Medical Scientist Training Program scholarship. He completed his residency at Massachusetts General Hospital and an Oncology fellowship at The Johns Hopkins Oncology Center and has been board certified in both Medical Oncology and Internal Medicine. He is a former editor of the journal Science and the Journal of the American Medical Association.

Dr. Sikorski resides with his wife and four children in Woodside, California.